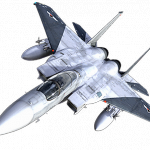 Hi, welcome to Hyperdimension Neptunia Wiki! Thanks for your edit to the Celestia page.

Hello, sorry if I'm being presumptious but would it be alright if I created weapon pages for Victory weapons? I'm not sure if you were planning to do it, but I think it would be a good way to help out ^-^

You don't need to ask if you're going to create pages or use a template. You're welcome to use any resource from the wiki. :) I'm not in charge afterall. :P

Just be sure to remove the unneeded parameters, so it's left as default. For example, if the weapon doesn't increase VIT, don't add VIT so it's left at 0 rather than a blank.
One last thing... make sure to put a (Victory) next to the title of the page if the weapon already exists, so it doesn't get confused as an mk2 or the 1st game weapon.

Now I think about it, maybe it would be a good idea to add to an existing page if the weapon exists in multiple games (Like the wooden sword, Executioner, Kiryu Sword i'm pretty sure those in all 3 games) - doing that would help keep the wiki page number at a reasonable amount and stop it turning into a tangled mess of redirects and disambiguation pages. If we took that approach, maybe add a space for a small game logo icon in the template so it's eyecatching and you'll know the game it's from by glancing at it?

I know I could do these edits myself without asking, I just think it's good to discuss it. Its past midnight for me when I typed this, so I probably wont be getting started until tomorrow afternoon at least

Yeah, that's a better idea. :) I just want to know how will you manage to get the base stats of the first initial weapon of a character in Victory? Unless it's already listed without adding the stats of the character's other equipments and base stats. @.@ I mean, I don't remember if mk2 had the sole base stat of a certain weapon (I'll probably check again). They just list what the character's total stats will look like with the weapon. What I'm meaning to say is... does each weapon in Victory have their own base stats display without adding the character's base stats and base equipment stats? ooo What timezone are you in? o:
Kaede Yume (talk) 01:17, May 17, 2013 (UTC)

UTC/GMT +1 Hour, I live in the UK.And in answer to your question about base stats - yes, Nep V has two stat boxes when you go to equip an item - one that overlays the character model which shows how it affects their stats, and another which you can toggle between the weapons description and its base stats

I've been having second thoughts on the individual equipment articles. I think that it would be easier to just have the "List of ..." articles which centralize all of the data for their relevant games rather than tons of pages only describing single item. Could you please explain why it is necessary to have them? Feinoha Talk 03:37, May 17, 2013 (UTC)

It'll be listing description, base stat, specific users, value, specific PP and Product Proposal information (later), attack information, where to obtain them, elemental affinities, and all that. Some weapons are also story-specific (later), so there might be something for that, too. Besides, it's an easier search, and I think it looks rather professional with the stat box almost reminding viewers of what it looks like in the game. It looks rather hectic with all that information crammed up in a single page, and I won't know how much a very small scroll bar might scroll if more information is filled in. Though, it's up to you if you want to condense it back into a single article and delete the other individual articles. I have the back-up file available, with all the information from before without the tables, if a rollback might affect other updated files not relevant to the individual weapon stat page.

I'm with Kaede on this - if we do it like this, it also facilitates adding images of the weapon at a later date without massive page size/clutter

YuTsu (talk) 07:04, May 17, 2013 (UTC)
@ Feinoha. That's why I'm doing the project, well for mk2 for now at least. It's just for equipment, but if  article number is your main concern, I can understand. But I mean, it's good to have different pages for each equipment, especially if it's repeating on each game. Though again, it's up to you.
Kaede Yume (talk) 20:53, May 17, 2013 (UTC)
EDIT: I might be having second thoughts, too. I might side with the "List of... " rather than separate pages because of the lack of people participating in this wiki right now. But I still want to hear if it's rather a good idea or not. Besides, I don't want to be stuck on a single game listing the items there, which might take months, if it's only me doing it. Real reason is that something came up which might involves me not being able to participate much in this wiki during the summer. What do you think, Feinoha and YuTsu?
Kaede Yume (talk) 21:02, May 18, 2013 (UTC)

Well right now a few options I thought of are...
Personally I think either one of the first two would be the best way to proceed. ps. sorry for the delayed reply, I was still formulating what options were available. Feinoha Talk 21:41, May 19, 2013 (UTC)

Um...Trying to do this has reminded me that I am completely useless at HTML T^T - I've managed to create a slightly modified version of your Mk2 weapons templates for use with the Victory ones, but I can't figure out how to space the two templates apart when both are used on a single article...(﹏T^T)﹏ halp, oh mighty person-that-can-do-HTML properly

Show me the coding, then I'll see what the problem is. But for now, I'l stall the project until the issue has been resolved.

Ill assume that's you Yume but yeah, I tried it with the wooden sword article earlier just adding the VictoryEquipment template onto it - if I do that the two tables and info on the left dont space out (which I expected to be honest), and spacing them into a 'Mk2' and a 'Victory' Section - doing that stops the text bunching up but doesnt stop the statbox doing so.
If it will help, the templates I made by modifying the Mk2 ones you made:
http://hyperdimensionneptunia.wikia.com/wiki/Template:VictoryEquipment (which is the template I was applying to the article)
http://hyperdimensionneptunia.wikia.com/wiki/Template:VictoryEquipment/statbox (just the code for the statbox)
FYI, I did try using adding margins to the templates, but I couldn't figure out how to apply it to the attack style box on the bottom of the Mk2 Template and it looked kind of, as the Kids say, 'derpy', formatted like that
YuTsu (talk) 21:18, May 17, 2013 (UTC)
Meh, hold on. Just going to do some modifications on that one.
Kaede Yume (talk) 21:55, May 17, 2013 (UTC)
Are you talking about something like this?

Btw, you still want the attack style box? Like the one that says range, 1st attack, and ap cost?

I personally don't think it's relevant for Victory except for the range, so not really - I'll add the range thing to the Victory statbox template tomorrow, that is one thing I can figure out how to do! (00:45 A.M here when i wrote this!) Thanks for the help ^-^
Edit: on second thoughts, it probably is worth keeping it - I'll see if I can't add it to the victory template myself

Just to let you know Edit

That the template Template:T can be used for documentation pages. It works like:

I reverted your edit to Template:Navbox, as that page is transcluded on almost all of the content pages, and was worried that it might affect existing templates. I copied the code into a new template, please use that one when designing other boxes. Feinoha Talk 22:23, May 21, 2013 (UTC)

Helping integrating the info on Hyperdimension Neptunia: The Animation into the article? Feinoha Talk 02:19, May 27, 2013 (UTC)

Retrieved from "https://hyperdimensionneptunia.fandom.com/wiki/User_talk:Kaede_Yume?oldid=23713"
Community content is available under CC-BY-SA unless otherwise noted.