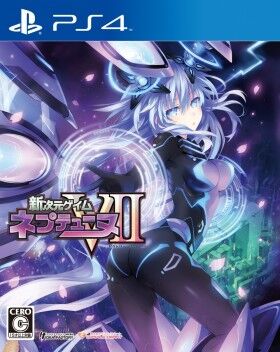 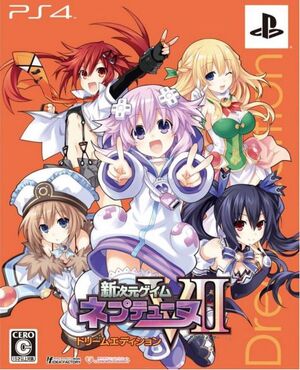 The game features one over three different dimensions happening at different times, as opposed to previous games in the series which focus on one dimension and timeline.

While, as usual, slacking off from her duties as a CPU, Neptune finds an old gaming console which transports her and Nepgear to the Zero Dimension, a dimension that has been completely destroyed by four beings knows as "Dark CPU's". There they meet Uzume Tennouboshi, a CPU whom has lost her memories, and her friend Umio, while also crossing paths with an older version of Neptune. Together they must save the doomed dimension while trying to find a way to bring Neptune and Nepgear back home.

Gamindustri have grown tired of the CPU's and started looking for others to lead them; an event known as the "CPU shift period". Things are made worse by a website called "@GeneralSummarySite", which exposes CPU's private lives and ruins their public image. To regain the people's faith, the CPU's hold a tournament and end up fighting each other in the finals. However, they are interrupted by a four-person group called "Gold Third", who easily defeat them. At that moment reality changed, with "Gold Third" taking the CPU's places as the leaders of Gamindustri. The CPU's each decide to return to their nation to find out what has happened.

Neptune returns to Planeptune only to discoer that, aside from Nepgear and Histoire, everyone has forgotten about her, even her close friends IF and Compa. The nation is now ruled by the "Gold Third" member B-Sha, a money glutton who likes to play hero. However, there is one problem, she has a huge phobia towards monsters. Neptune will have to try her best to make everyone remember her and help B-Sha overcome her phobia, all the while defending Planeptune from monster attacks in her stead.

Upon returning to Lastation, Noire is shocked to discover that, in this new reality, she is a wanted criminal. While running from the authorities she is helped by a girl named K-Sha, whom becomes her very first friend. What Noire doesn't know is that K-Sha is actually the "Gold Third" member currently ruling her nation and that she secretly harbors an obsession towards her. Things become even more complicated when a mysterious individual tries to get K-Sha to "remove" Noire's younger sister Uni, whom K-Sha believes is getting in the way her of her relationship with Noire.

While searching for her younger sisters, Rom and Ram, Blanc is attacked by a bunch of monsters and nearly killed. She is, however, saved by the "Gold Third" member currently ruling Lowee, C-Sha. While getting off on a bad start, Blanc eventually forms a friendship with C-Sha (except for the fact that C-Sha calls her Blanny). However, their friendship becomes threatened when Lowee's corrupt government tries to put them against each other. Eventually, C-Sha reveals her secret to Blanc and tries to destroy the source of her power, only to become possessed by the red mist which leaks uncontrollably from her body and attracts the "delusional" monsters.

After returning to Leanbox, Vert takes up a job as a soldier under the direct command of the "Gold Third" member ruling the nation, S-Sha. The job mainly involves defeating monsters, however, S-Sha seems to have darker motives behind giving Vert these jobs.

After each confirming the safety of their nations, the CPU's reunite and exchange what they've learned. An organization called "AffimaX", composed of, the runner of the "@GeneralSummarySite", Affimojas and his informant, Steamax, is revealed to be responsible for everything. The CPU's try their hardest but find that they cannot defeat them as they currently are. However, at that moment the members of "Gold Third" combine their power with that of the CPU's to give rise to a new power, the "Next Form".

Monsters from the Zero Dimension have suddenly started to appear in the Hyperdimension. Neptune, Noire, Blanc and Vert try to stop them, however, as they confront them, they are approached by none other then Uzume Tennouboshi, but the dark side of her and the main antagonist and the Dark Orange CPU named Kurome Ankokuboshi. Kurome then traps the four of them in the mysterious Heart Dimension and reveals that she plans to fuse the Hyperdimension and Zero Dimension together. In a attempt to rescue the CPU's, Nepgear, IF, Compa, Uni, Rom and Ram and the members of "Gold Third" chase after Kurome and save the captured CPUs by Kurome before they fall into the whirlpool of delusions.

Finally the shocking truth about Uzume, Umio, the older Neptune and the Zero Dimension will be revealed.

All the CPU and Candidates return for this game. There is also a new grown-up version of Neptune. Also IF, Compa and Histoire will appear as well.

The four patron goddesses in NEXT form. Big differences (from the normal goddess form) can be clearly seen as a glance, but it would be more interesting to know about possible changes in the fighting style in the actual implementation of the NEXT Form. Also, since the goddesses change their personality when transformed, there may be further changes (in personality) when they activate the NEXT Form.

A new character Uzume Tennouboshi, a red hair pigtail girl carrying a megaphone, will join her. Her name follows that she is also based on a planet and may be another Sega based character, most likely the Dreamcast. She will have a CPU form named Orange Heart.

There are also 4 more characters in the game called "Gold Third" (comes from third party developers) that might be based on Konami, Capcom, Square Enix and Bandai Namco.

In this game, There would be special battle scenarioes with extra large enemies. It would be different from an ordinary battle, and there will be a new transformation called "Next Form" that will change the Heart's personality to fight the new and powerful enemies.

The Digital Deluxe Edition was released on Steam in July 5, 2016 that came bundled with the Digital Artbook, the game's official OST with a lyric booklet, and a Steam key.

In addition, the Digital Deluxe Edition was included with the Digital Complete Set, coming bundled with all dlc packs including the base game. 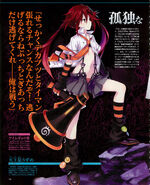 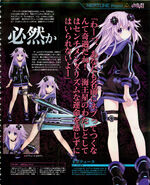 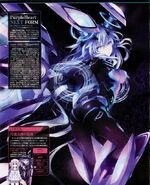 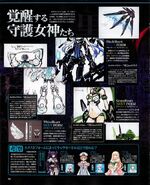 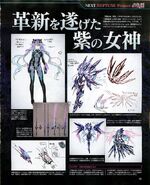 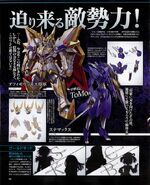 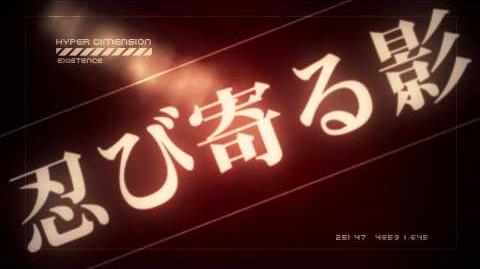 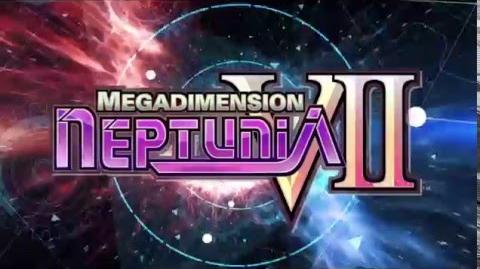