Hyperdimension Neptunia (超次元ゲイム ネプテューヌ, Chōjigen Geimu Nepuchūnu?, lit. "Super Dimensional Game Neptune") is a 2010 role-playing video game developed by Idea Factory and published by Compile Heart and distributed from Sega in Japan and NIS America in North America and Tecmo Koei in Europe. The game is exclusive for Playstation 3 and is a take on the seventh generation era "console war" between the four major consoles: Playstation 3, Xbox 360, Wii and Sega Nepune 32X.

It was released on August 19, 2010 in Japan. It was later released in the United States on February 15, 2011, and a month later in Europe. It was finally released in Australia at the end of March.

In the world of Gamindustri there are four regions/Landmasses: Planeptune, Lowee, Lastation, and Leanbox. Each region has a Goddess who watches over it. The game however, begins at Planeptune, a modern-futuristic city. Neptune is the Goddess, though she does not remember and soon she runs into the others. The other landmasses are the steampunk city of Lastation, guarded by Noire, Lowee, the snowy magical land run by Blanc, and Leanbox, a grassy, older age town guarded by Vert. Together the four Goddesses must work together in order to put a stop to the oncoming evil known as Arfoire.

The player controls Neptune, one of the four Goddesses, involved with a big problem known as the Console Wars. The story begins with the four fighting each other until realizing so far they are getting nowhere. Black Heart comes up with a quick solution, which involves them teaming up to remove one of the Goddesses from the battle. While they each realize they wish to go after the other one, Purple Heart, having bragged earlier, becomes their main target and they gang up on her. Unable to defeat all three, Purple Heart is defeated and blacks out. She soon dreams of meeting a mysterious figure known as Histoire and while Neptune is unsure of what to do, the dream ends soon after.

Neptune then wakes up at a nurse in training, Compa's house. After introductions, Compa explains that Neptune came crashing down and landed in front of her house. So she brought the unconscious Neptune inside. Compa then notes Neptune's wounds and begins to bandage them up, although a struggle soon followed as she used too much...

Neptune reveals that she doesn't remember anything, which Compa reveals is amnesia. Then she explains that there are many dangerous monsters running loose, which only encourages Neptune to go and hunt them. So Compa goes and finds an easy dungeon for them to fight in. Histoire (nicknamed Histy by Neptune) guides them through, and they eventually come up to the boss. Out of nowhere, Neptune activates her HDD and transforms into Purple Heart. They eventually agree that the transformation was just a coincidence, and exit the dungeon. Eager for more, Neptune goes into another dungeon, followed by Compa, to fight more monsters. After some time, the two of them bump into a girl named IF. She explains she's out for treasure, so Neptune makes her join them. She agrees but only for this one dungeon until it's revealed that in Planeptune, when you join a party you must stay with it until the day you die, or it disbands. After clearing the dungeon, IF suggests their next move should be going to the Basilicom so they can receive permission to travel to the other Landmasses. They do so, but briefly get sidetracked by defeating a sand worm and end up in a fight with Arfoire.

As the trio treks across the four landmasses of Gamindustri in search of the Key Fragments, they find themselves embroiled in the various problems on each. Their exploits in Lastation have them aiding small business owner Chian and her struggles against the mega-corp Avenir. On Lowee, their main problem is none other than White Heart herself as she attempts to finish off Neptune and the uprisings of the Extremists. On Leanbox, the archbishop Yvorie attempts to eliminate Neptune, having learned of her goddess side, and deal with the Aristocrat's conflict with the Basilicom. As they progress, they find themselves gaining allies in the form of traveling merchant Gust, justice heroine Nisa, radio star 5pb and wife-seeker Red.

Eventually, the group discovers the root of all their troubles is the troublemaker Arfoire, who had been aiding extremists and guild members with monster-summoning discs to cause chaos among the people and spreading false rumors of an Overlord Momus in order to harness their fear for power. Fortunately, they manage to recover the four Key Fragments and rescue Histoire, who explains they must go to Celestia in order to defeat Arfoire for good, which requires the four legendary weapons of the heroes who previously had to defeat a goddess to open the way. Eventually, they reassemble the weapons and make their way for a final fight with Arfoire.

There are two possible endings after the fight.

If Neptune recovered her memory and recruited all the goddesses, the group visits Planeptune's Basilicom and the goddesses agree to use Histoire's power to eliminate all the monsters in the world, as well as give up their power and create a new goddess to rule to prevent a repeat of the Console Wars. The four goddesses are turned into humans and set out to create new lives for themselves.

Neptune (Purple Heart)
The main character of the game who represents Planeptune. After being defeated by the other Hearts she loses her memory and soon meets Compa and If. She's a girl with a lot of energy and spirit, enjoys giving nicknames to others and is a bit absent minded/air headed.
Compa
A nurse in training who attends nursing school. She is the first character to join Neptune's party after Neptune lands in front of her house. The two females get along well as they both share an "air-headed" like view of things and she seems to be just a bit shy.
IF
A guild member who at first feels as if she isn't joining Compa and Neptune, it's actually the other way around. At first she didn't want to befriend them, but over time she slowly forms a bond with the others. She's a bit headstrong and feels everything important should be done first, although she makes it known that she dislikes repetitive fighting of monsters.
Histoire
A tome/fairy girl who is awoken after Neptune breaks the seal on her. Earlier in the game she could only talk through Neptune's mind. She also is the person to assist and provide the tutorial. Neptune has affectionately dubbed her "Histy".
Nisa (Nippon Ichi)
A self proclaimed heroine of justice, Nisa is only a part time party member unless bought with a ticket through the PlayStation Network. She represents a prinny in terms of appearance and is very powerful! She is however, self conscious about her flat chest...
Gust
A little girl who is an alchemist, creating items usually by strange ingredients. She then sells them back to people or uses them to help others. She is first met when she noticed the pathetic display of Compa trying to make a healing potion for Neptune. Much like Nisa, she will join temporarily, but for good if bought with a ticket through PlayStation Network.
Noire (Black Heart)
The goddess of Lastation. She is known as the ideal goddess, due to her responsibility and politeness. While she is forgiving and fair, she also is stubborn and does things on her own time, and by herself. Her relationship with Neptune is strained...
Vert (Green Heart)
The Goddess of Leanbox, Vert is very smart and kind. She is arrogant, most likely due to the ego-boost from her chest and because of this, she doesn't get along well with White Heart/Blanc. She also happens to be very addicted to games, which in turn has made her slightly lazy/tired from staying up too late.
Blanc (White Heart)
The goddess of Lowee. It's said her appearance doesn't match her personality, as she looks to be shy and quiet. But she is actually very angry and rude to others, especially when it comes to those with breasts, like Green Heart/Vert. She swears the most out of all the characters in the game. However, Blanc does like to read and write in her spare time. Although she necessarily isn't at all good at it...
Arfoire
The antagonist of the game, she will not stop until she can take over Gamindustri once and for all. It's revealed she used to work with Histoire but after splitting Gamindustri she turned against her. Arfoire is a witch who hates to lose.
5pb
A NPC who can be unlocked as a party member is purchased on PlayStation Network. 5pb is a famous idol in the Gamindustri world who works on the radio and sings in her spare time. She also plays guitar~! However, she seems to be a different person when near people...
Red
Red does not appear unless purchased through PlayStation Network. A cute chinese-like girl who wishes to own a harem. But not just any harem, an all female one! Her first wife: IF.

There have been several types of DLC released for the game in total. They range from items like outfits or accessories, to quests and events. For various lists of DLC visit:

The game received average to negative scores. GameShark gave it a D while praising that the idea was interesting but the game itself was mediocre action. Eurogamer gave it a 2 out of 10, claiming it to be sexist and senseless and ultimately stupid. Bailey from GameSpot gave the game a 3/10, criticizing mostly the oversexualized character design and "awful music". On the other hand, IGN gave the game a solid 6.0, praising its decent length and lack of need for level grinding, but criticizing the game's easiness and music. The Crowbar of Examiner.com on the other hand gave the game a 9 out of 10, stating it was a breath of fresh air to the RPG genre.

The Premium Edition package contains Hyperdimension Neptunia's RPG game box and disc for the PS3 along with a fully‐illustrated hardcover art book. The collectible art book contains character information, concept art, and rough sketches of all the goddesses and characters also a deck of Playing Cards. Both the game and art book come packaged in a limited edition large collectible box!

When Hyperdimension Neptunia mk2 was released it introduced the Goddesses' little sisters (Minus Green Heart/Vert's) who must once again team up and defeat Arfoire and free their older sisters from a terrible fate.

A remake of the game was released October 2013, entitled Hyperdimension Neptunia RE;Birth 1. The game features a revamped plot, and borrows the battle and exploration features from Mk2 and Victory. 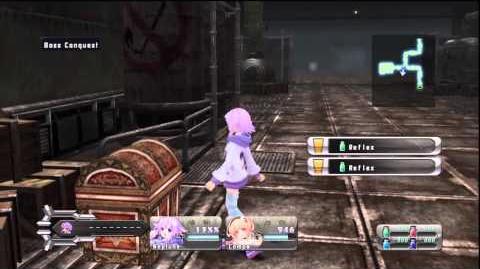 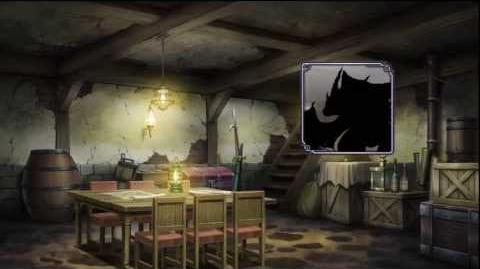 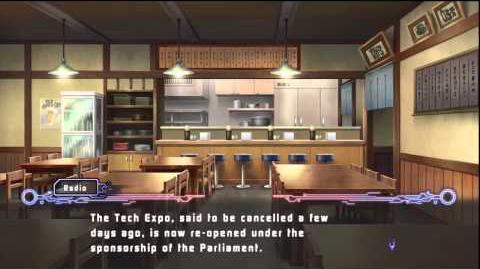 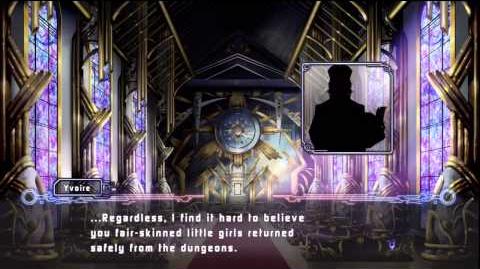 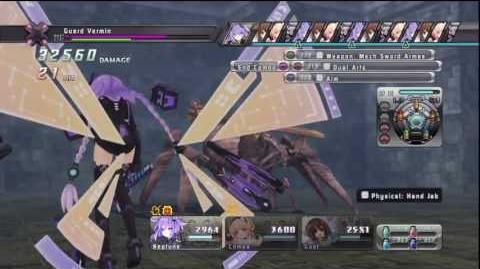 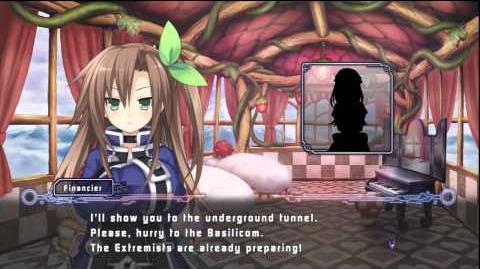 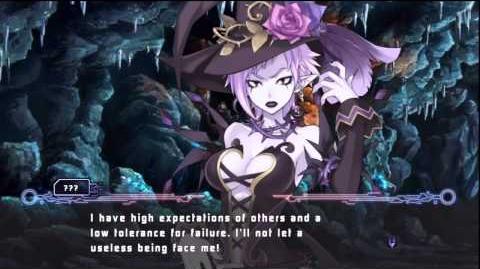 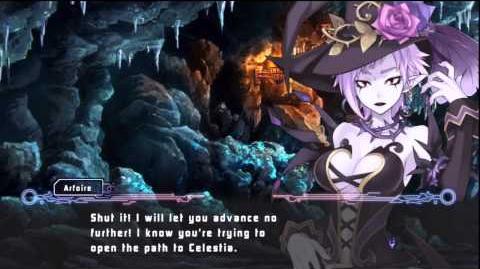 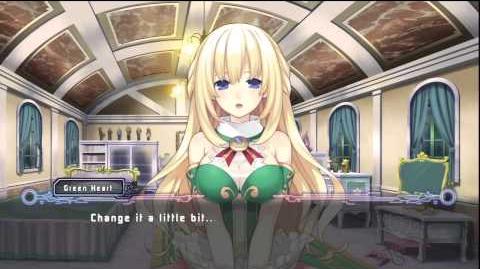 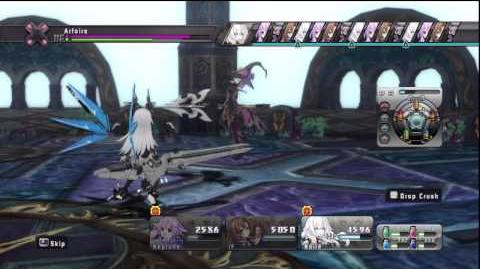 Retrieved from "https://hyperdimensionneptunia.fandom.com/wiki/Hyperdimension_Neptunia?oldid=48986"
Community content is available under CC-BY-SA unless otherwise noted.