"A CPU is a symbol of a nation. To exist as such a symbol is the instrinsic value of a CPU."
—Histoire, Hyperdimension Neptunia mk2

A CPU (Console Patron Unit) is a term used to describe the goddesses who govern and protect each of the four primary landmasses.

Each CPU has two main powers. The first is the ability to access HDD Mode, which allows to switch between a human form and a powered form armed with Processor Units used for combat. The second is a passive ability that provides their respective landmass with protection from attacks against monsters.

CPUs gain power based on how much belief the people have in them. In-game, this is represented by the various shares, which can be altered by the completion of quests and dungeons. Arfoire uses this to regain power after she lost her power as a goddess by spreading the rumors of an Overlord Momus and using this fear and belief to power herself. When ASIC gained the majority of the world shares, this weakened the goddesses to the point of being unable to fight until a certain number of shares were restored.

In the Ultradimension, the CPUs can only access their HDD Mode if they possessed a CPU Memory, effectively rendering any CPU from the Hyperdimension unable to activate their HDD in the Ultradimension. An example of this can be found when Neptune and Nepgear weren't able to transform until they possessed a CPU Memory. This would also be the case for Rei Ryghts, who was only able to access her powers after a CPU Memory she stumbled upon helped her defend herself from thieves who were about to rob her.

CPUs and their Landmasses[] 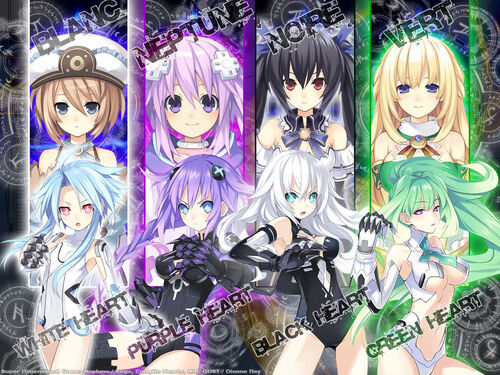